Temptress with a Tea Pot 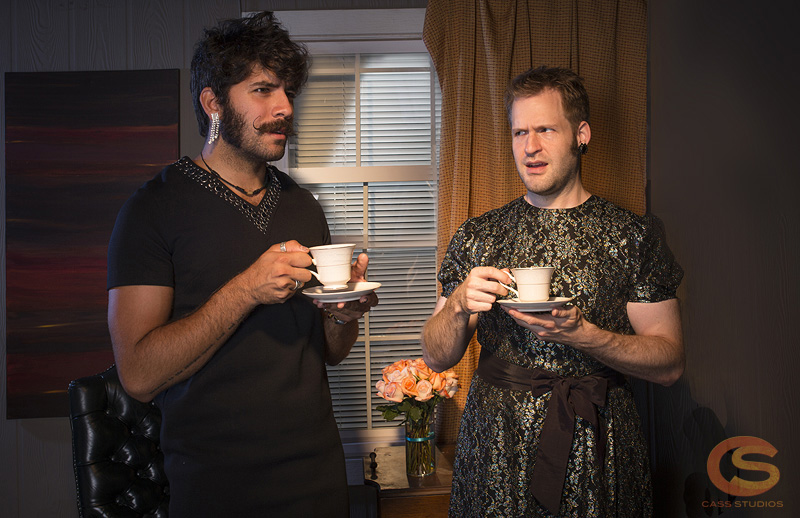 After an uneventful couple’s dinner, neighbors separate along gender lines, with Emily and Mary enjoying a spot of tea, while the men shuffle off to the lounge for brandy and cigars. 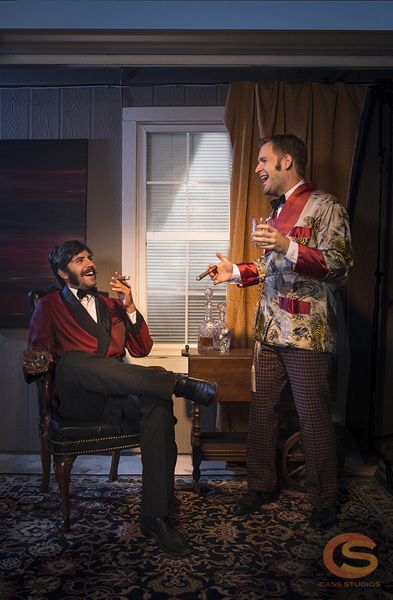 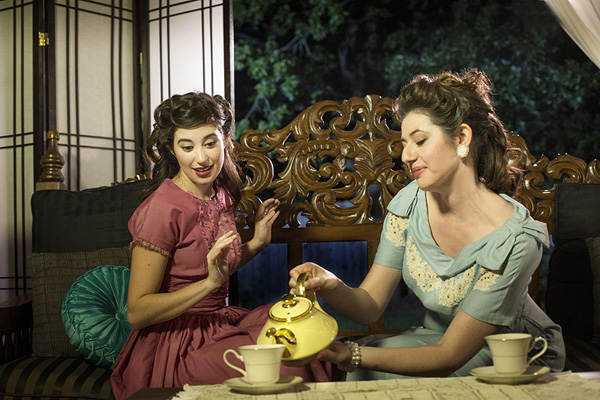 Ever so nosy, the girls gossip and laugh about their mysterious new neighbor. They have seen strange lights and heard weird noises coming from her house but had yet to meet the woman who lived alone. Unexpectedly the neighbor drops in to introduce herself as Natasha Vladimarnova. She joins in the chatter with risqué humor and amuses the ladies to no avail. 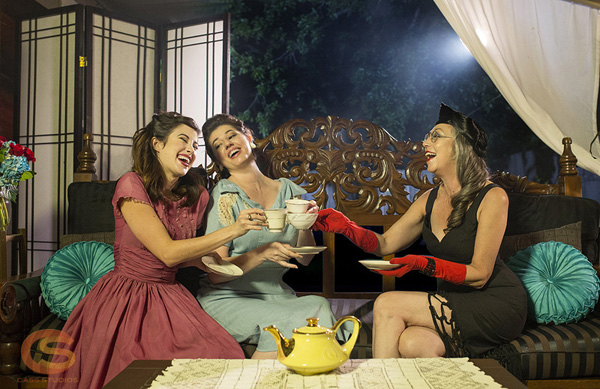 As her dark nature remains hidden, she finds an opportune moment to spike the ladies tea with an evil compound. 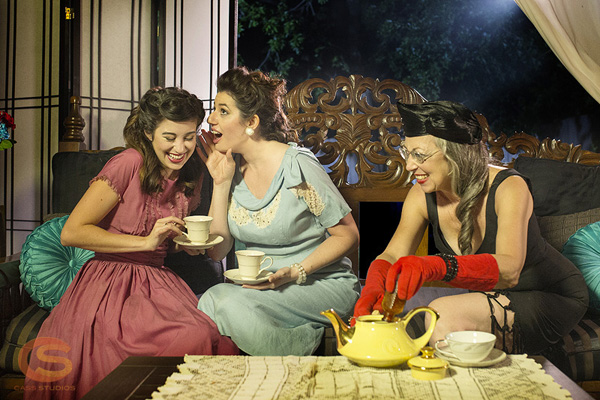 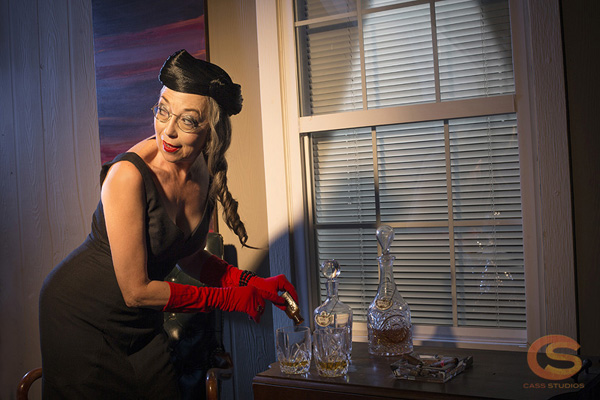 It is obviously working when the girls pass out. Meanwhile, the men have no idea that their lives are about to change as Natasha sneaks more of the same magic elixir into their libations. 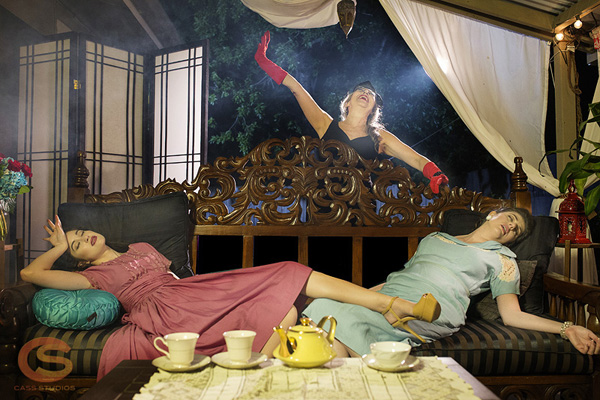 Just a short while later, the men stir from their unexpected sleep. Finding their wardrobe and atmosphere slightly askew. “What’s this? Where did my brandy go? Tea? Wait, where’s my cigar?” is the conversation exchanged back and forth. 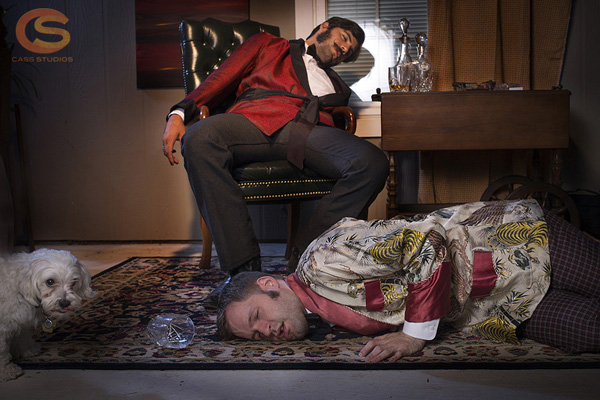 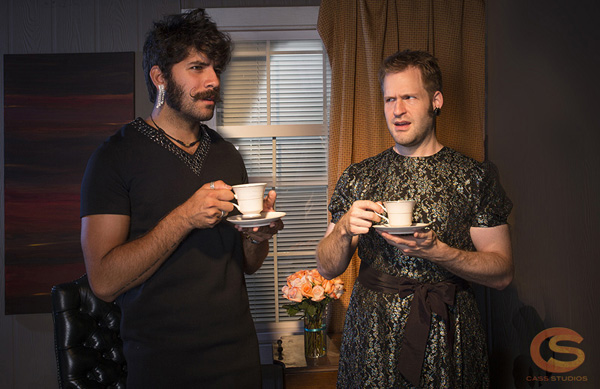 The ladies also have been revived. Now alert and perkier than ever, they are also aware of their new surroundings. Mary laughs while Emily happily smokes a cigar. 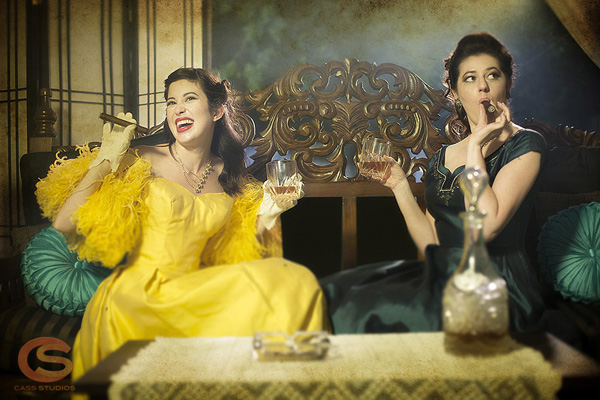 Happily surprised at the exchange, the women vow to invite Natasha back for tea.

Production:
Cass Studios: Cass Studios is a boutique production house that specializes in creating multimedia packages with advertising photography and marketing videos for small businesses, corporations and entertainment productions. Natalie’s style is gritty cinematic and quarky. Having fun while playing with expensive toys. www.CassStudios.com
Bloomers and Frocks: Bloomers and Frocks is an online vintage boutique carrying vintage clothes for modern women. With an array of women’s clothing and accessories, ranging from the 1890s to the 1980s, Bloomers and Frocks carries wearable vintage pieces that can fit into any women’s modern wardrobe.
Amelia’s RetroVogue: Accessory styling and outfit for character of “Natasha Vladimarnova.” Longtime wearer and collector of vintage and antique clothing, Amelia Jane, has owned and operated Austin’s premier vintage clothing store, Amelia’s Retro-Vogue & Relics since 1986. Specializing in 1860s-1960s clothing and accessories for men and women, her shop is frequented by design houses, productions companies, actors, musicians, and wearers and collectors of fine vintage. Follow her on social media. Etsy. Instagram. Facebook. Twitter. Website.
Makeup and Hair: Kalan Contreras discovered her love of working with people, makeup, and cameras while in graduate school in 2011. She has an M.S. in Historic Preservation from the University of Texas School of Architecture. Here, she fostered a love of design and a deeper understanding of history, culture, and the concept of beauty. She received a B.A. in Anthropology from Vanderbilt University, where she worked for three semesters as a teaching assistant in the Film department, cultivating an understanding of lighting schemes and frame composition theory.
Models: Alissa Duquette, Cris Cribb, Eric Adams, Jane Clarke, and Kalan Contreras 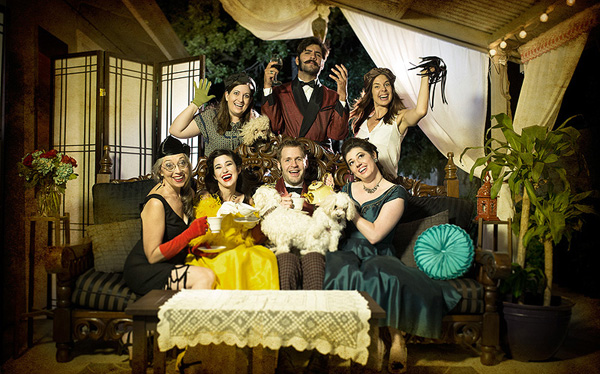 Are you ready to find out more?

Contact us about our Photography and Video Production services. 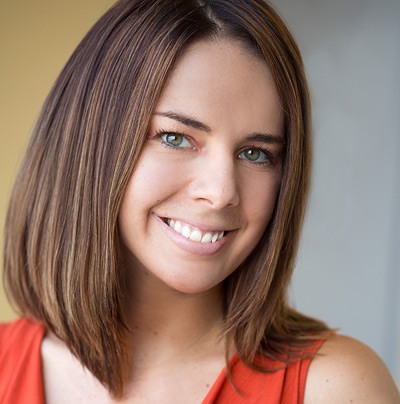 How Cass Studios Can Help You?

"What we do is assist entertainment productions, business's and individuals in creating professional visual and motion imagery & video that represents a brand, an idea, a story to communicate their message with greater impact that stands out from the competition, gets notice quickly and enhances the brand identity."